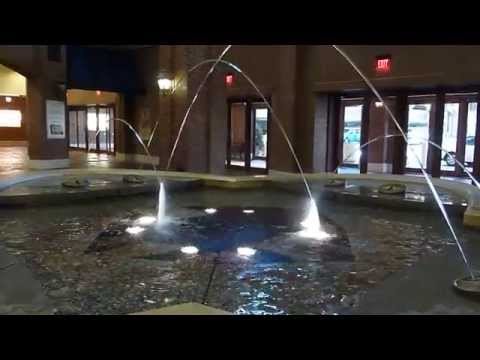 If you are reporting about a casino, could you please try to include the following:
The more information we have, the better off we will be.
We all know that tables can change rapidly. I saw a table go from 25 to 15 to 100 at the Flamingo in the course of a few hours. I'll try to keep the mins what is reported the most and add other information in the comments like "found this table at $5 on graveyard shift" so people konw that isn't the norm
These tables can be a pain to maintain, so please provide as much information as possible. An informed roller is a beter roller.
Part 1. It's getting buried so I figured we would make a new one.
Part 2
Part 3
Part 4

I Made 5 Final Tables and Won WSOPC STL Casino Champ!

Last week while WSOPC was in my home casino near St. Louis, I managed to make 5 final tables and win Casino Champ in an absolutely crazy race. Two separate people won two rings and finished 3rd and 4th in total points. Another won 1 ring, and made two other final tables, and I squeaked it out without an outright win. I cashed 5 events and made the FT in all of them. I finished 2nd, 4th, 4th, 5th and 8th.
I get a $10k seat in the Global Championship at the beginning of next season. Here's a writeup about the series: https://www.wsop.com/news/2019/Aug/11174/AMERISTAR-ST-CHARLES-CIRCUIT---AUG-2019.html

I am new to card counting (about 2 months), and have finally received some "heat" the last couple of times out.
A little backstory - I am in the St. Louis area. I mostly play Double Deck, DOA, Double after split, Dealer hits soft 17, no surrender. Most pen is 60-70%. One casino has the pen at 70-80%, which is awesome, and i have hit that up pretty consistently. My spreads are normally 1-8, or $25-$200. I use the KO Preferred system, and have done rather well, winning various amounts in 14 of the 17 sessions I have played. Sessions range from 1 hour to 5 hours. No mid-shoe entry for DD games, so I cannot "wong in/out". Haven't tried that method with 6-deck yet.
Last week I was playing the DD game at Ameristar maybe 30min in, when I noticed the floor manager go back-to-back with dealer and say "cut short and hand shuffle"....the next shoe, the deck was cut maybe 45-50% pen, enough to where everyone at the table noticed and mentioned something, as well as the hand shuffle. Being new, I know I am now hyper-sensitive to these things, and though maybe I am reading too much into it. I left that game in the "high limit" room and headed out to the floor for a 6 deck game, where the pen is generally 80%. About 20min after playing, a floor manager came to the table I was at and said something to the dealer (I couldn't make it out). The shoe ends, and she cuts the next shoe, and the pen is literally 50%. I ended up walking out questioning if this is all in my head?
Today was a little different, and I think I received my first true "heat" moment. I had played at Hollywood Casino for a few hours yesterday winning about $1k early, then giving it back later when the counts were super high, and losing 3 consecutive $200 bets. I walked in today, bought in for $500, and promptly lost every hand in the first shoe (7 hands I believe), not a good start. The next shoe the count went good, and had $100 out and lost 3 in a row, a quick $400+ gone. The floor manager came and said something to the dealer (again, couldn't make it out) in the middle of the shoe. We ended the shoe, and on the next one the count went good, I increased my bet from $25 to $75 and we played one hand. Right after that hand, the dealer grabs the shoe and ends it. Two other players noticed it and said "What're you doing?", and she said "Sorry, special request". The next show was cut, and I am not joking, literally 40% MAYBE, when normally 75-80%. The floor manager then proceeds to stand directly by my side (I was playing 1st base) for the entirety of the next 2 shoes. I got up and walked out after that.
I know I probably overexposed myself playing too much lately, but it's difficult with limited options in my area. I guess I will have to go when it's super busy instead of during the day, or backcount and Wong in/out on 6-deck shoe games, or simply play shorter sessions and move around more.
Any other counters with similar stories they want to share? Any advice? I feel strangely proud, but at the same time terrified. I don't want to ruin games in the area for myself.

The "What should I do in "St. Louis" master list.

Hey there, /r/StLouis..I recently visited your city for the first time.

A quick backstory here, I live in Cincinnati (and therefore hate you by default..I am sorry this is basic sportslogic) and recently visited your city for the first time a couple of weeks ago.
A good friend of mine recently moved there and is an install tech in...less than desirable parts of town. We rolled out for about a week through the hood (as he calls it "hoodstompin") doing install work and taking in the sights as we went along and time permitted.
While I was there, I saw:
The graff wall. This came about somewhat by accident. My friend had mentioned it and we are both fans. We were trying to navigate our way to the Arch (must see spot?) and randomly ran across the graff wall. Seriously, this is the coolest fucking thing I have ever seen in my entire life. So much great artwork.
Every nasty ass ghetto in Saint Louis. Here in Cincy, we have "Over The Rhine" which is supposed to/reported as being "the most dangerous neighborhood in America". Yeah. Eff that. We did installs in neighborhoods where cars would roll by with folks wearing all red, staring at us, the only white kids for probably a square mile, hard and I was legit concerned for my safety. I can walk pretty much anywhere here in Cincy, any time of the day and not really sweat too much. Not the case. I seriously felt like I was going to get shot numerous times. So...props?
The Arch. That shit was cool. I mean, if you're going to go to StL, you might as well? Ran the steps going up to it. Got on queue to ride up to the top but between a radiation scare at security (wtf?) and timing of the next ride up..it didn't work out. Nonetheless, still got a great shot of your Arch and enjoyed walking along the river.
St Peters. This is where my friend stays down there. Nice spot. Seems quiet, mostly families and normal folks. Enjoyed that a lot.
Ameristar Casino Buffet. I demanded this happen. I am a skinny kid but a secret fat ass that has spent plenty of time in Las Vegas to know that if there is a casino buffet around..you need to hit that shit up. It was ok. Food was decent..availability was kind of shitty and the price effing sucked. Still worth it though.
Clubs. The only club I went to was the Old Rock House. A few buddies were DJing there so we went down to check it out. Super cool club. We have nothing like it here. Definitely enjoyed my time although the bar staff can seriously suck a dick.
Old 5th Street. Hit this up on St. Patty's Day night. Was pretty subdued given the time but seems like a cool place.
The #1 observation I have about Saint Louis is pretty simple: Ya'll have Waaaaaaaaaaaaaaaaaaaaaaaaaaaaaaaay too goddamn many motherfucking signs and zones. I noticed this immediately and cut up on it the entire time I was in town.
There's speed safety zones, accident avoidance zones, no parking zones, keep your cornhole tight zones. Fuck, man. More zones than any rational personal could logically keep track of. Everywhere else I've been across the country there is a highway sign like every mile..half mile maybe. Nah, son. In the 'Lou, there's a sign every goddamn hundred feet and it's fucking annoying..not to mention confusing. You don't know where you stand at any particular point in time if you are driving on the highway other than that you better go slow as shit and not do anything remotely questionable unless you want to get assraped by some podunk township cop trying to reach his "performance incentive" for the month.
I hate to be negative but that shit was ridiculous. Down on 5th street, I even saw a "Do Not Posts Signs In This Zone" Sign. What in the actual fuck is that?
All in all, I enjoyed my 5 or so days in Saint Louis and honestly, it is someplace I probably wouldn't mind living but there are some stark differences between your fair town and well..everywhere else. It was an interesting experience to say the least.